Background
Scientists have become more and more interested in earthworms because of their impact on soil functioning and the importance in provision of many ecosystem services. In order to improve the knowledge on soil biodiversity and integrate earthworms in soil quality diagnostics, it appeared necessary to gain a large amount of data. However, despite the huge number of research programs to collect them, efforts are still needed.

In order to compensate for these missing data and accelerate their collection, the University of Rennes 1 developed in 2011 a citizen science project called Observatoire Participatif des Vers de Terre (earthworm participatory observatory).


Aims of the Earthworm Participatory Observatory
This project benefits both the work of scientists through the accumulation of a large set of data, and also the education of citizens by raising awareness on scientific issues. It has several purposes:

to offer, through earthworm assessment, a simple tool for soil biodiversity evaluation in natural and anthropic soils,

to provide simple sampling protocols, accessible to a wide range of citizens and adapted to the targeted public (farmers, territory managers, gardeners, pupils),

to build a databank of reference values on earthworms: participants can enter the data online and in return is given an individual report of results,

to offer trainings to farmers,

to propose providing for example earthworm identification guidelines, general scientific background on earthworm ecology and the impact of agricultural practices.


Progress made
This project, initially available to anyone on a voluntary basis, was also recently used by the French ministry of agriculture to carry out a scientific watch throughout the French territory. Up to now, more than 2500 plots have been prospected since the opening of the project. For further details, please contact us 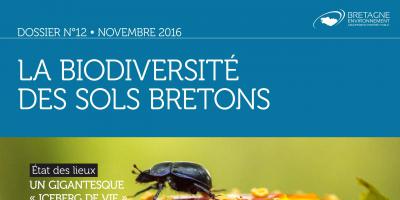